Welcome to Cape Fortune, a once-quaint, Victorian town that's now in the grips of something that looks a whole lot like demonic possession. Cape Fortune's only hope? A fake boardwalk psychic who just found out she can actually read minds. But time is running out. Can Theodora Green solve the mystery, or will Cape Fortune be lost forever? Become immersed in Victorian mysticism and imagery, befriend a bizarre cast of characters and get seriously creeped out in the tale of horror and adventure, told in three chapters.

Chapter One: The Haunting of Cape Fortune set for late 2021 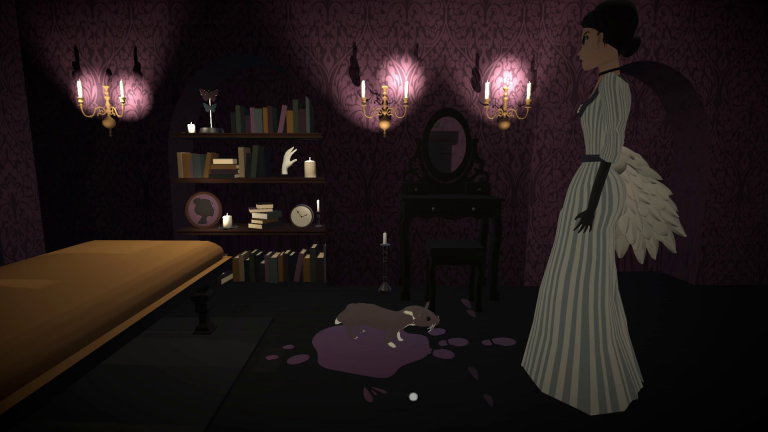 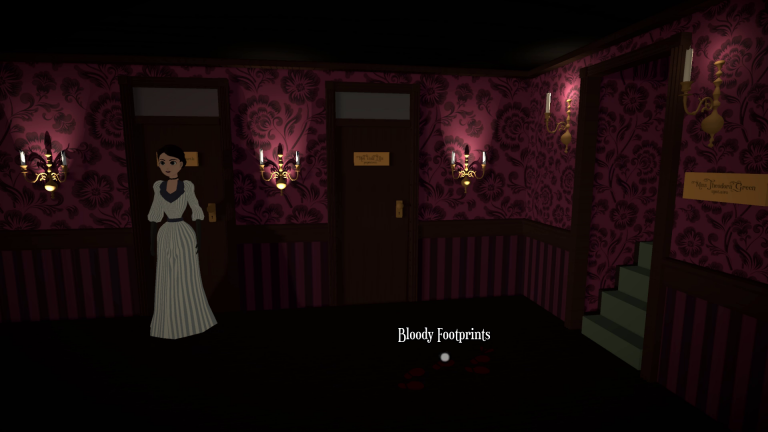 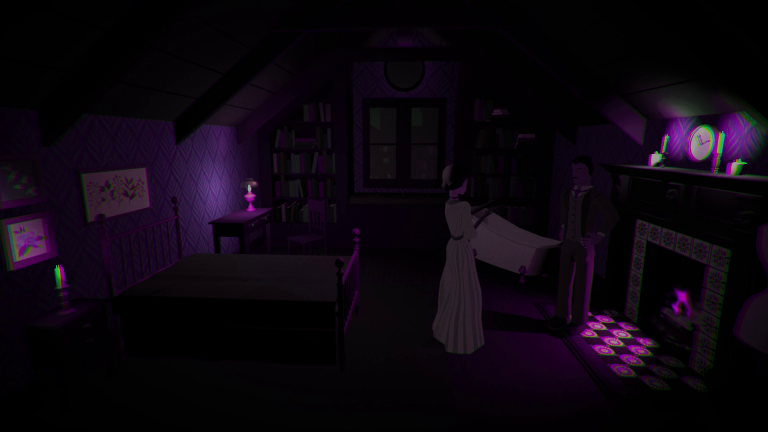 Like most indie developers we’re working on a shoestring budget, and are going to need a lot of humanoid animations for our game. With my awful animation skills and the huge bulk of animations required, we’ll definitely be sunk if I have to hand animate every human in our game.

So that’s where mocap comes in. Hollywood studios have been capturing amazing monkey and dragon themed performances for years now but those systems are astronomically expensive. However, there a few new, low-cost options for motion capture available these days. The developer of the painfully cute Ooblets game, Rebecca, got ahold of a Perception Neuron suit with what looks like great results.… There's more!

It always feels slightly ridiculous to discuss historical authenticity in the context of a game all about demonic possession and psychic powers, and yet, that’s exactly what I’ve set out to do in Dark Tides — at least with regard to architecture, fashion, and, to some extent, technology.

And in fact, I even like to think that the Victorians — with their spiritual and mystical beliefs and preoccupation with death — might have appreciated some of the themes of the game.

From the beginning, Dark Tides was inextricably linked to the 19th Century. It’s a game that absolutely requires gas lamps and street urchins and shadowy figures in top hats.… There's more!

Making a crystal ball with Shaders in Unity

For this week’s devlog, I’m got a quick write-up on the shader that I’m working on for Theodora Green’s crystal ball. Every fortune teller has to have a cool looking crystal ball, Right? I’m using Unity’s new Shader Graph in the following write-up to create the effect.

A perfectly spherical ball of glass has some interesting visual properties. It works as a lens and flips the image upside down. In addition to the inverted image, it also gives a sort of fish-eye appearance.

The first thing we’ll need to do in the shader is capture the surrounding scene and replace the texture on the ball with it.… There's more!

Dark Tides is available to wishlist on Steam!

Click the wishlist button below to get signed up!

Hi! Thanks for checking out the Dark Tides dev log. In this, the very first post, I wanted to share a little about our crazy game journey so far.

About four months ago, Tom and I were just hanging out when I started imagining a dark, narrow hallway with peeling red wallpaper. A girl was tip toeing down the hall. Each step creaked and outside you could hear seagulls calling and the bustle of a tourist town. Without giving too much away, I started imagining a world influenced by unknown forces and dreaming of an underdog character who would crack the mystery and save the town.… There's more!